Do not overpower your boat. Never install an outboard motor with horsepower exceeding the boat manufacturer’s recommended maximum. Excessive horsepower will have an adverse effect on hull safety and may cause operating/handling difficulties.

• State the maximum horsepower outboard motor that can be safely used on that boat. There is severe product liability potential connected with rigging and selling a boat with an outboard motor exceeding the horsepower capacity limitation.
• The rig should not be underpowered, as this will not allow the performance balance you are trying to achieve. Determine the customer’s needs, application and use of the perspective rig to make the best overall horsepower recommendation. 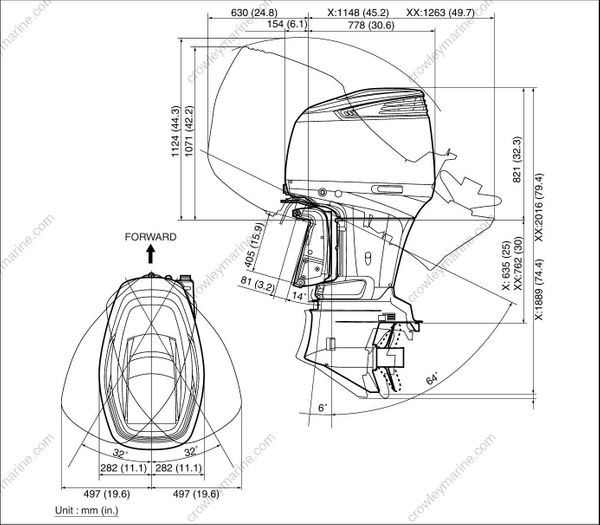 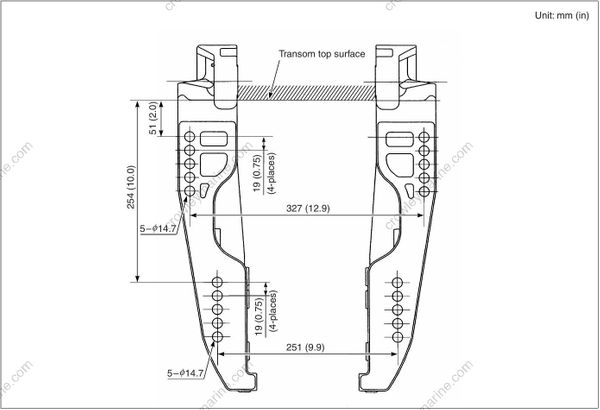 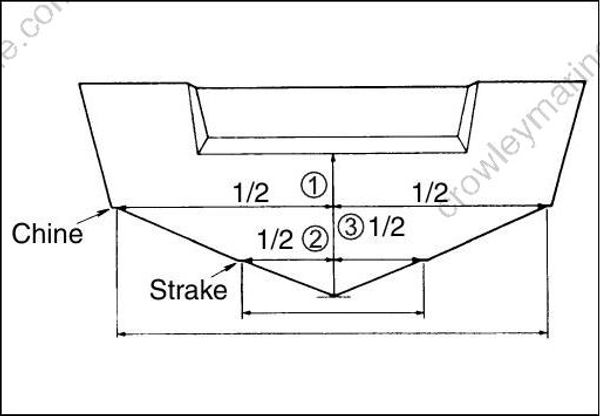 To establish the center of the transom you may use the following procedure: 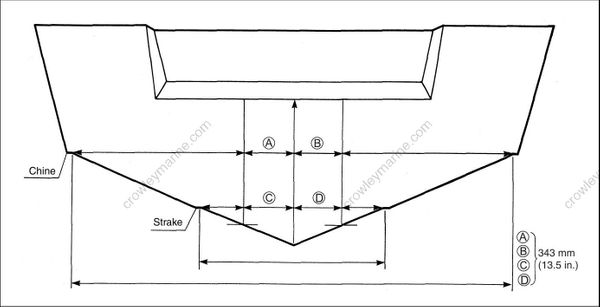 Do not drill engine top mounting bolt holes higher than 25.4 mm (1 in.) below top edge of actual boat transom. 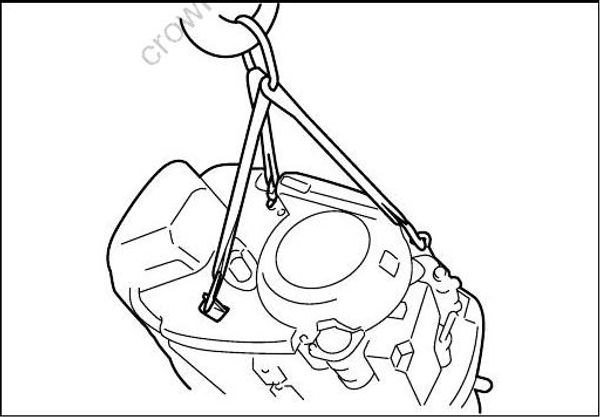 DO NOT USE FRONT LIFT EYE
WHEN UNCRATING THE MOTOR
The front lift eye is not designed nor intended to be used for removing the motor from its horizontal position in the shipping crate. Attempting to lift the motor from its horizontal crated position using the front lift eye creates a chain or sling angle which can cause the motor to swing when it is lifted. This may result in personal injury or cause damage to the engine block.

MOVING THE MOTOR IN A VERTICAL POSITION
All three lifting eyes should be used after the engine has been removed from the crate and is in a vertical position.

MOUNTING TO THE TRANSOM 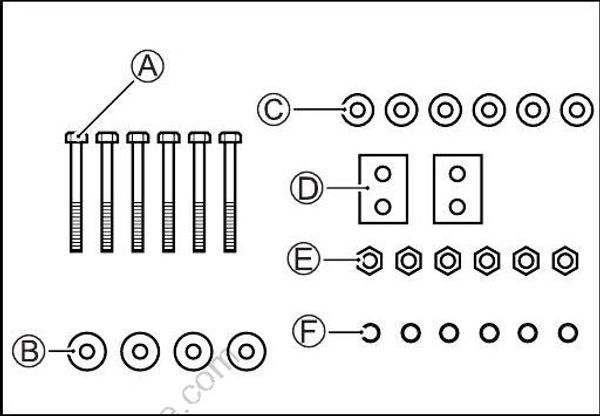 Depending on boat type, use the appropriate mounting method A) or B) as shown below.

Suzuki highly recommends the use of six mounting bolts (method B) for rigid-hull inflatable boats or similar applications.

A)Using FOUR bolts to mount to the transom.

When using FOUR bolts it is recommended that a transom reinforcement
plate be installed as shown in the diagram below (Item (1)). 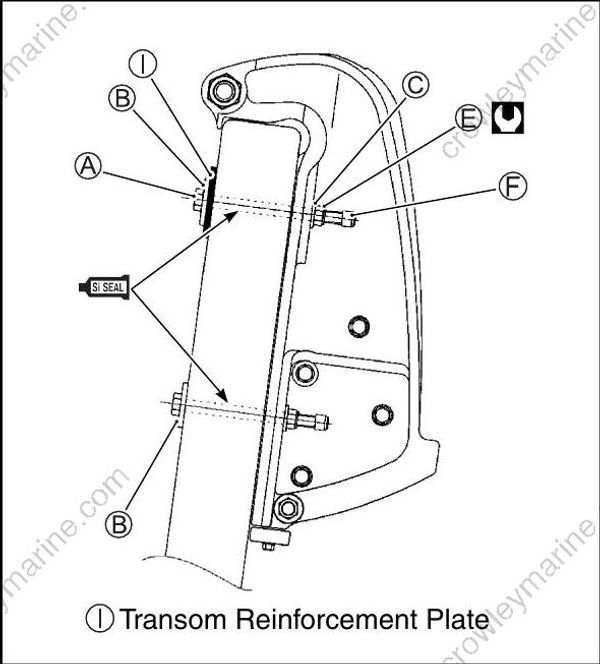 B)Using SIX bolts to mount to the transom. Refer to the diagram below. 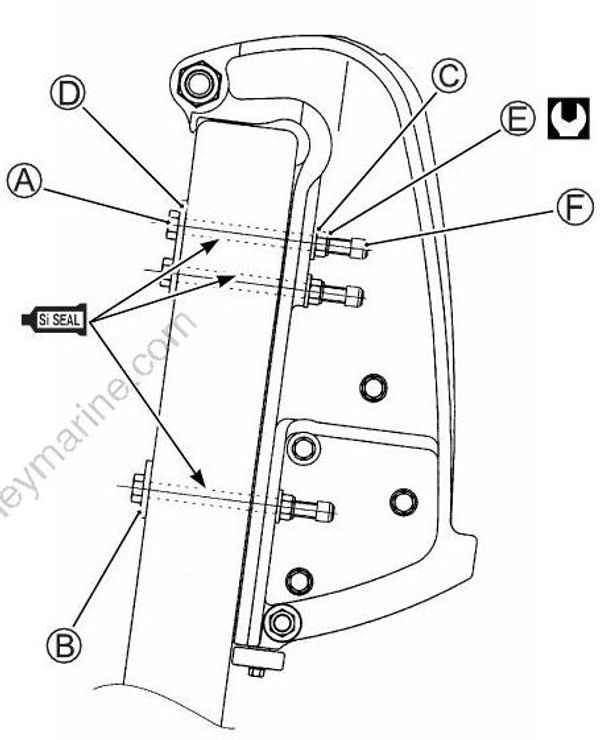 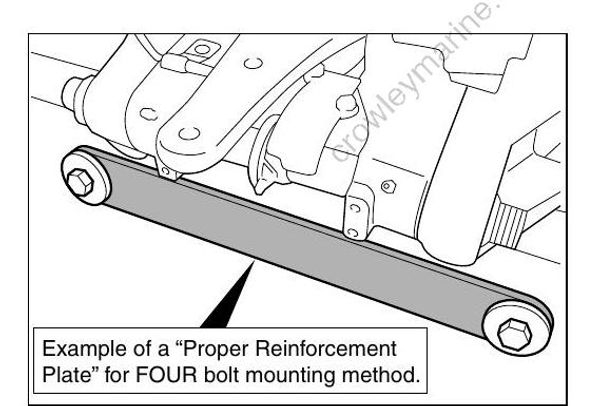 Never reuse the nut (E) after it has been threaded into position and torqued. 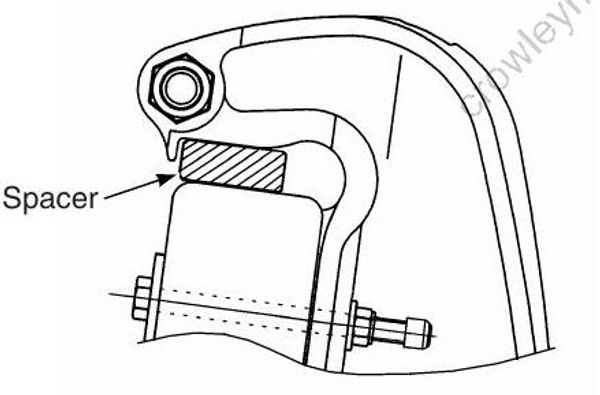 After complating a break-in operation (10 hours), retighten the transom nuts by the specified torque.