1. Tilt the vertical drive enough to expose the shift cable retainer on the intermediate, then remove the retainer screw and lockwasher. 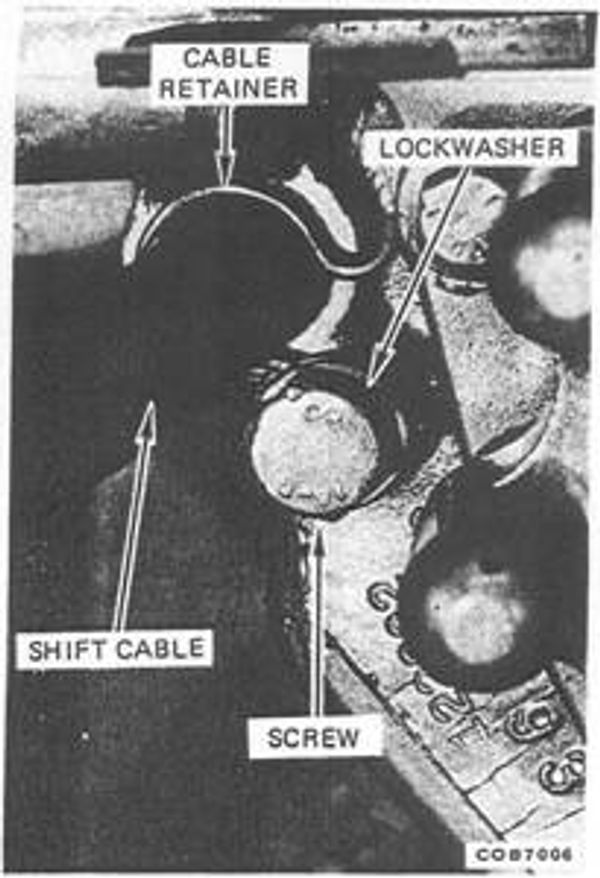 2. Tilt the vertical drive down to the position shown in Figure 7-2, just before the locating pins enter their seats. 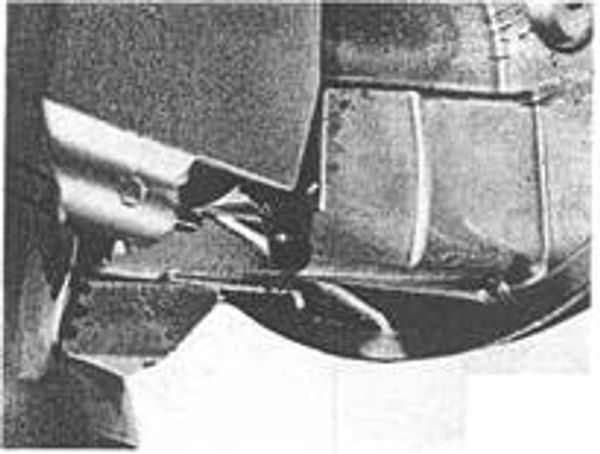 3. Disconnect the battery to prevent grounding the shift cable core wires on electrical components during removal of the vertical drive.

Core wires must not come in contact with live electrical components that can suddenly actuate the vertical drive tilt mechanism or produce sparks that may ignite gas vapors. Contact can also result in damage to the core wires that would necessitate replacement of the entire shift cable assembly. Continued use of shift cable with damaged core wires may result in core wire breakage causing operator to lose control of boat.

a. Remove converter housing from mounting studs and bring it up along the port side of the intake manifold. This will allow easier access for service.
b. Remove the four cover screws and allow the cover to swing down about the shift arm as shown in Figure 7-3. Do not remove the shift arm. 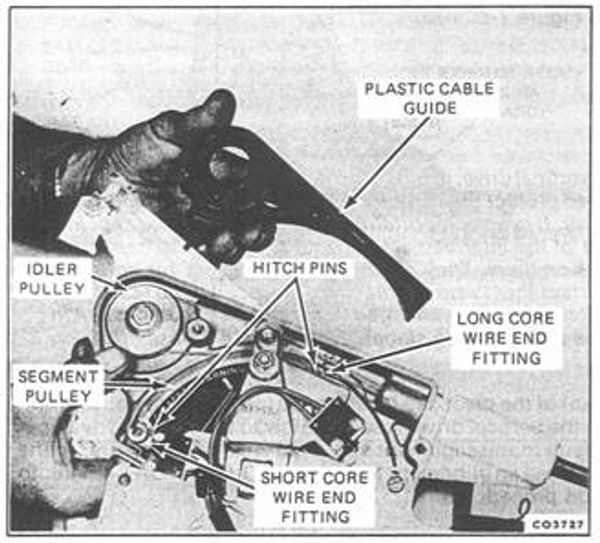 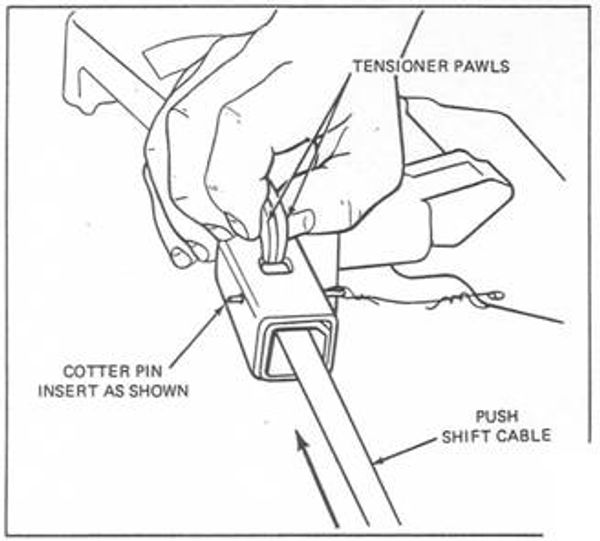 Raise pawls only far enough to disengage tensioner. Additional displacement of pawls may cause the torsion spring to deform or dislocate. This will result in loss of cable tension and may cause a shift malfunction leading to operator losing control of boat. 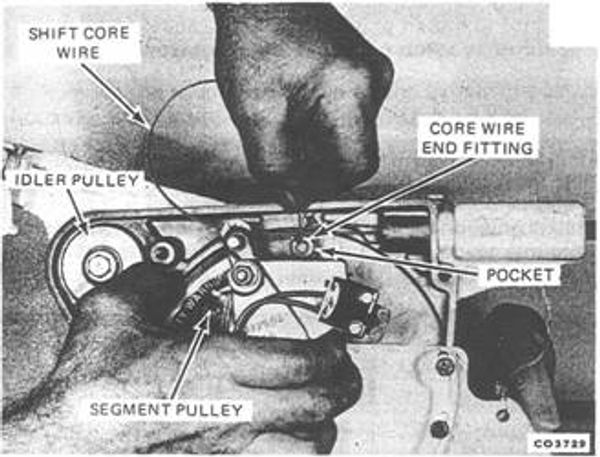 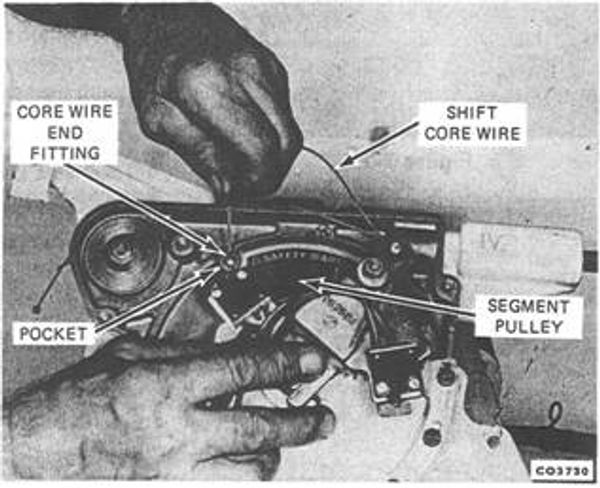 f. Carefully pull the shift cable and core wires out of the housing. 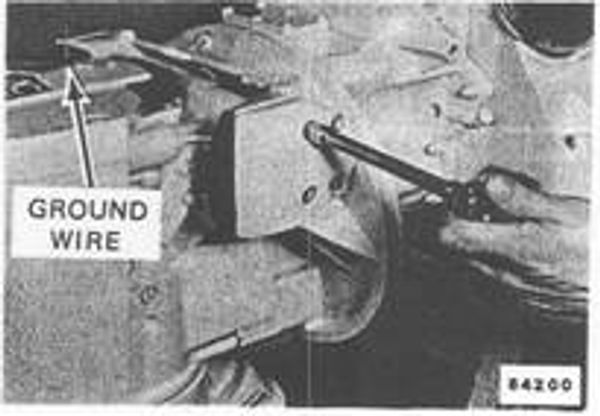 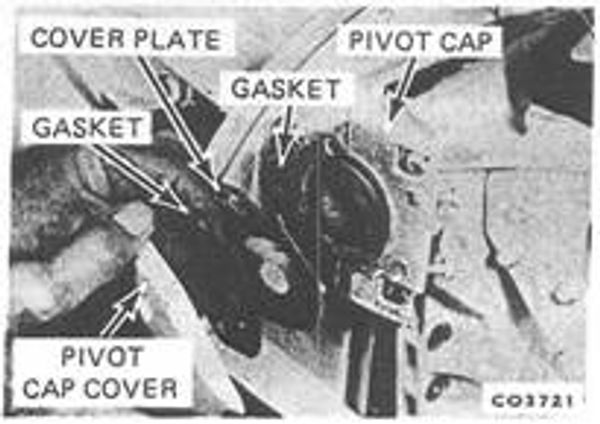 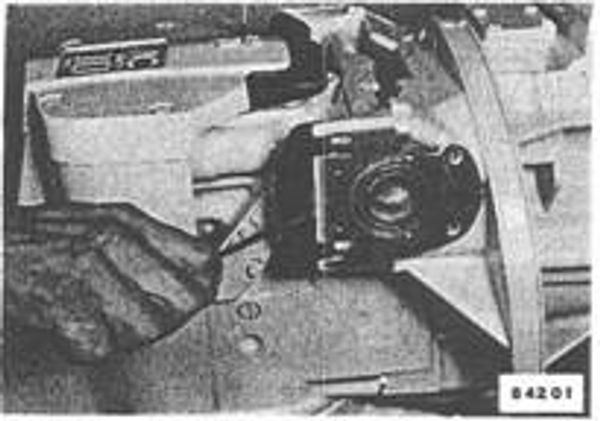 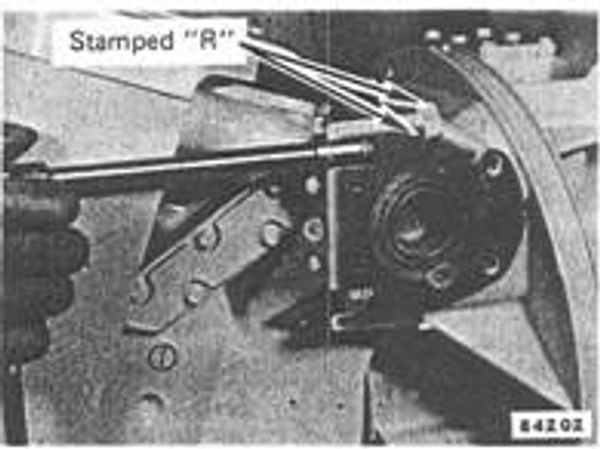 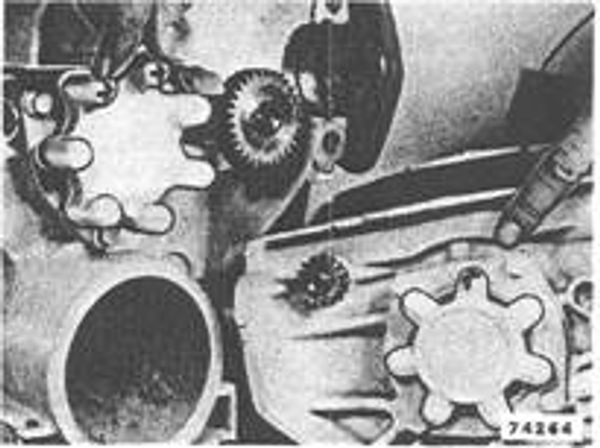 After removing the vertical drive, make sure the pivot liners are retained on the pivot trunnions to protect their machined surface. This liner will come off with the drive unit. It is also important that the pivot caps be kept in a safe place. The top of the intermediate housing and the pivot caps have identification marks on them. They are marked "R" and "L" for right and left hand. It is important that these are matched correctly upon reinstallation. The caps must never be interchanged from right to left or from unit to unit. Liners must be installed with slot at 180 degrees from the grease fitting on the pivot cap.