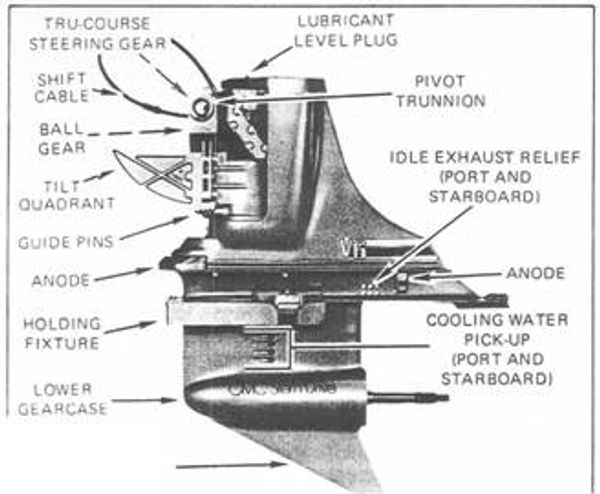 Disconnect the battery to prevent grounding of the shift core wires on electrical components during installation. Resulting damage to the core wires would necessitate replacement of the entire shift cable assembly.

Continued use of shift cable with damaged core wires may result in core wire breakage, causing operator to lose control of boat.

When the shift cable assembly is replaced, nominal neutral and overstroke switch adjustment will have to be redetermined. See instructions entitled "Nominal Neutral Adjustment" and "Overstroke Switch Adjustment."

On boats capable of planning speeds, use only steering systems that operate through the steering worm and sector gear in the vertical drive.

The use of a steering system that by-passes the "no-feedback" feature of the worm and sector gear may result in severe fishtailing which may cause the operator to lose control of the boat. 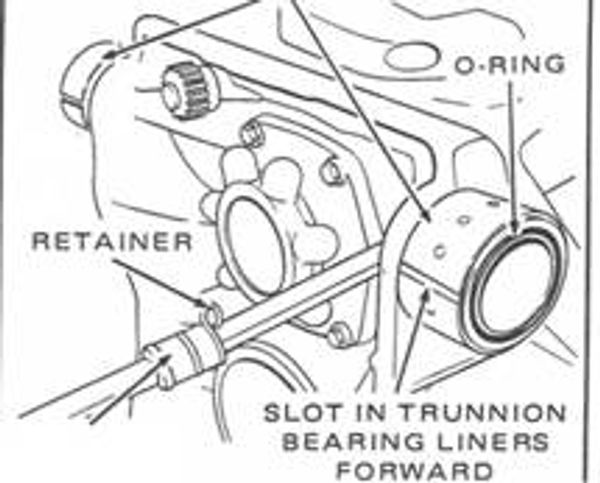 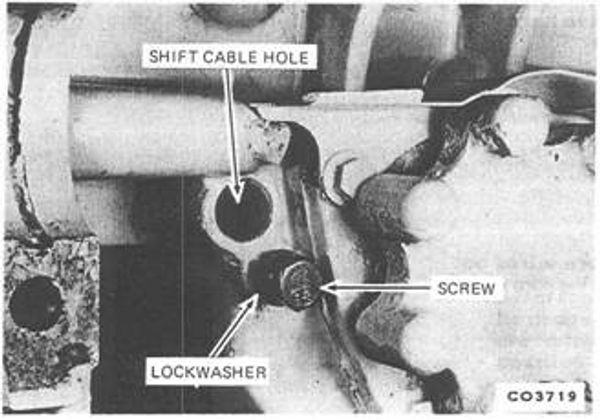 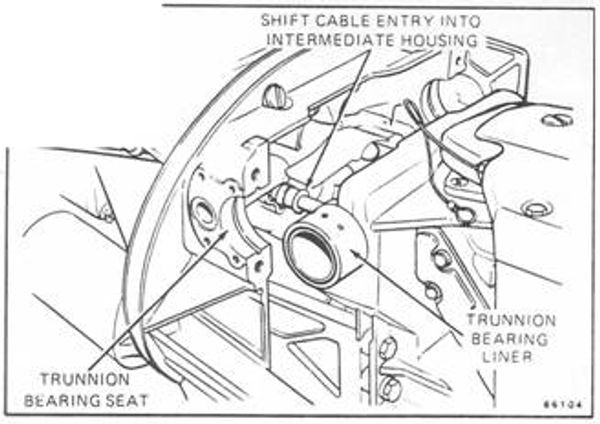 Be sure trunnion bearing liners are in position. then place the pivot caps into position as shown in Figure 7-1-86, and assemble with four bolts. At this point. snug up but do not tighten the bolts. 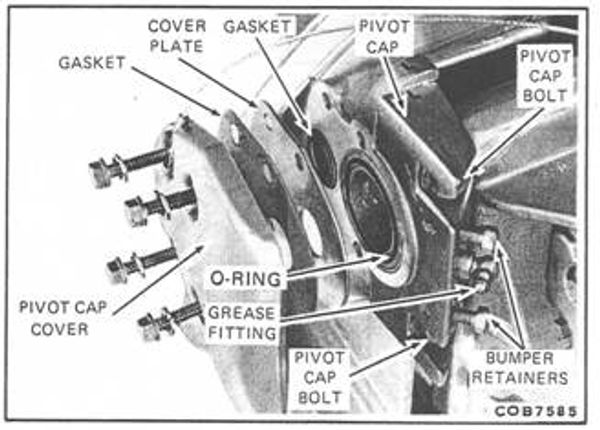 The pivot caps are marked Rand L to indicate the correct location. Match them to the Rand L on the intermediate trunnion seat. 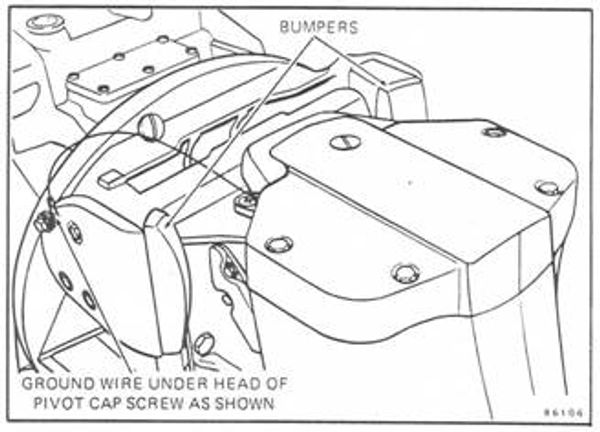 Next Step: OMC Stringer Installation of Cable in Shift Converter