These installation instructions contain information that can help prevent personal injury and damage to equipment. Understand the following symbols before proceeding:

Alerts you to the possibility of danger and identifies information that will help prevent injuries.

Identifies information that will help prevent damage to machinery.

Appears next to information that controls correct assembly and operation of the product.

The assembly procedures outlined in this sheet should be performed by a skilled technician. If you have questions, see your DEALER. Save these instructions in your owner's kit. This sheet contains information important to the future use and maintenance of your engine.

Give this sheet to the owner. Advise the owner of any special operation or maintenance information contained in the instructions.

This kit adds electric starting at the engine to 1988 (CC) and later manual start Johnson® and Evinrude® 20 thru 35 outboards. This kit does not include a battery charging system.

Call out NUMBERS (1), (2), etc. in the text and illustrations refer ONLY to the specific items in the Contents of Kit illustration and list. Call out LETTERS (A), (B), etc, are used over and over - on different items in other illustrations.

Installation of this kit involves procedures described in detail in your Service Manual.

*1990 (ES) and newer models - Not Shown in Contents of Kit Illustration. 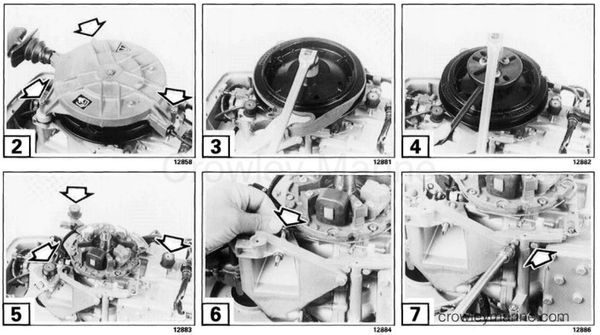 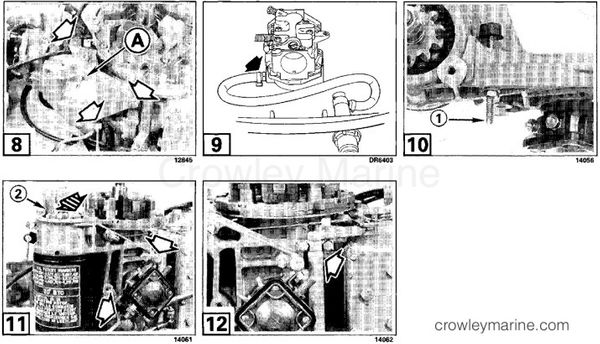 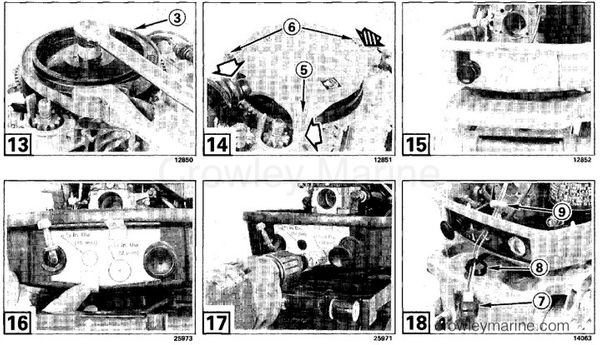 [15] [16]
Cut out correct template from back of these instructions. Tape template to panel as shown. 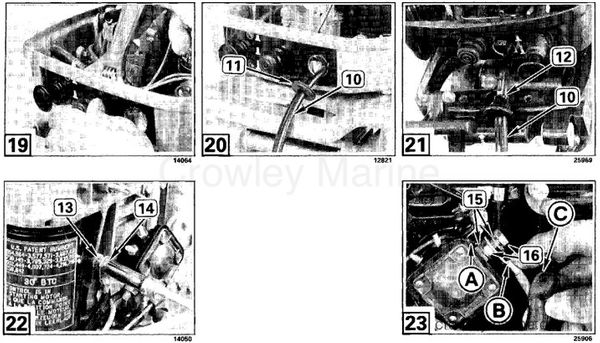 Route battery cable and switch wires under starter motor, positioned so they will not interfere with control shaft. 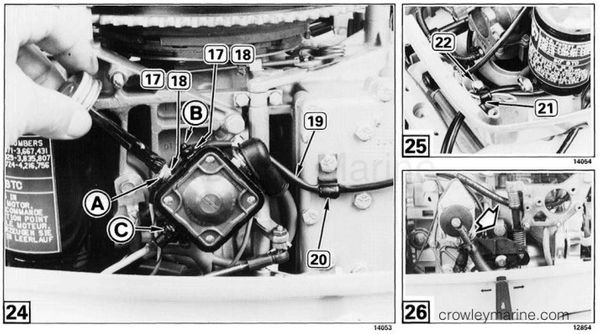 Attach the yellow/red wire (7) from starter switch to the small solenoid terminal (A) using lock washer (17) and nut (18).

Loop any excess wire beside the battery cable, and secure with loop clamp (21) and screw (22), as shown. 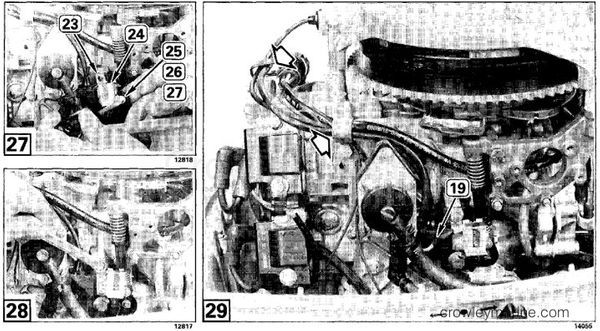 [27]
Pull bracket away from the block and install ground strap (23) and neutral start switch (24) and using the two screws (25) flat washers (26), and locknuts (27). Position the ground strap under the switch, between the left screw securing the switch and the screw that secures the bracket. The switch position will be adjusted later.

[29]
Route white wire (19) from the other side of motor thru loop clamps. Connect to neutral start switch as shown.

While rotating the propeller shaft, shift motor into FORWARD, then REVERSE. The light or ohmmeter MUST NOT show continuity in either forward or reverse. 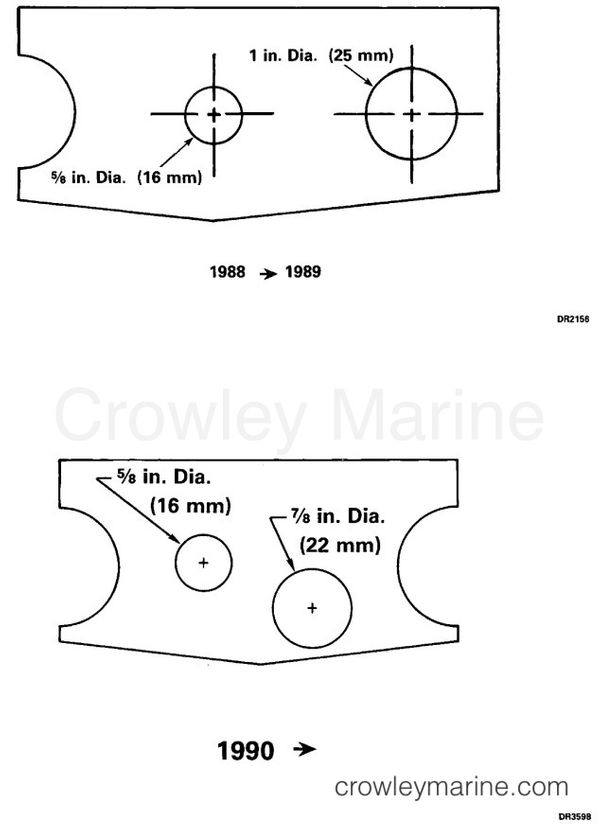